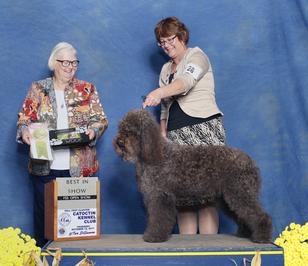 NEW TO OUR FAMILY OF DOGS

Bric is the reason we are involved in this breed. He came into our lives at a very sad time and made it better. He is wise, kind, friendly, and a really fun show dog. He plays well with dogs but prefers to be near his mommy. Real near. A boy of many tricks, he learns quickly and loves to make us laugh. Although he is perfectly healthy he sadly will not be part of our breeding program due to a genetic flaw in his pedigree. He will, however, be on the hugging and kissing team and always have our gratitude for

being the epitome of anam chara.​​ 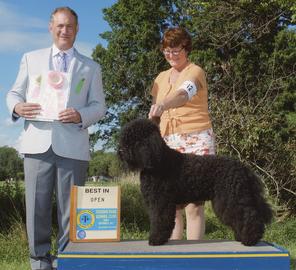 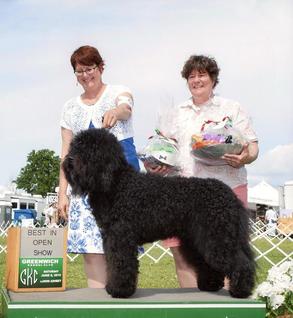 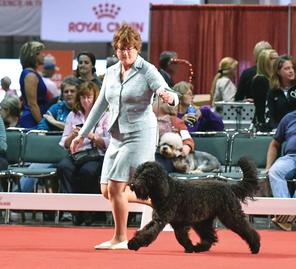 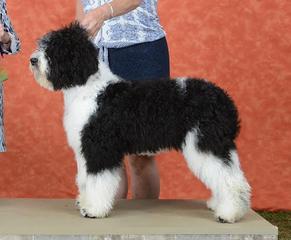 Jordy is imported from the Netherlands with

gratitude to his breeder, our friend, Anne Plomp.

Jordy is a lovable, playful and smart boy.

His tail never stops wagging whether he is on

the grooming table, out in public, or in

the show ring. He had some exciting

wins from the puppy classes and

is the first ever Barbet to win Best in

Miscellaneous class at an AKC show.​​ 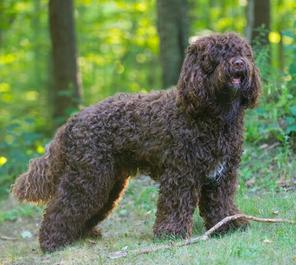 Esther is thrilling us with her prestigious wins in the show ring. At just a year and a week old she was Best of Breed at the AKC National Championship in Orlando, FL. Well on her way to her CM title, we look forward to an exciting future. Esther is owned by our friends Tom Mousin and Thomas Brown.

Ren is extremely outgoing and confident. She has a

knock-out side gait that makes her a fun dog to show. Slow to mature, she’s already made a big splash in the ring and we look forward to the future with high hopes. Smart and biddable, she spends most of her time wrestling with her brother or any other dog who will play. Ren is co-owned with our dear friends Michele DeTour and Mary McEneany of Nuview Briards.​​

Anam Chara Wind in the Willows 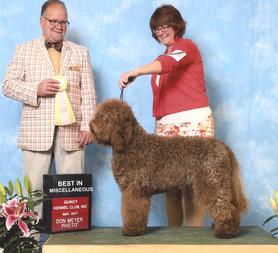 Micah is a teddy bear with a good sense

of humor with both people and dogs. He is

We're very proud of his 3-in-a-row Best in Open show wins to complete his Certificate of Merit.

He is well on his way to his CM2. Micah is a proven sire and is ​​available at stud to approved bitches.

Alainn is also known as Bear. She is a goofy

tomboy who prefers to be wet and/or dirty.

The instigator of dog games, escape artist, and athlete, Alainn demonstrates an adorable, loving sense of humor and gentle kindness. She has recently earned her CM with a third Best in Open Show win and received multiple group placement awards at the prestigious UKC Premier show.

Meg is sweet and smart and has the drive of a hunter. She is a true athlete but loves to give and receive hugs and kisses with anyone she gets to know. She adores children and puppies. Meg is

an outstanding show dog, recently honored with 3 consecutive Best in Open Show awards to complete her CM in one weekend.